At Learning Friday, Friday June 16th, our colleague Cristiano Ruisi told us “Unity Basics”, showing us how to create one of the most famous video games in the world: Arkanoid.

Developed especially in recent years, after the acquisition of Microsoft, that made it free, Unity3D, or simply Unity, is the most used video game development engine in the world.

The Unity development environment runs on both Microsoft Windows and MacOS and the games which produces can be run on different platforms, including: Windows, Mac, Linux, Xbox 360, PlayStation 3, PlayStation Vita, Wii, iPad, iPhone, Android and Playstation 4, Xbox One and Wii U.

Unity is an Integrated Development Environment which has interesting features: object hierarchy, visual editor, detailed property viewer and live preview of the game, as well as the ability to develop on different platforms as said. 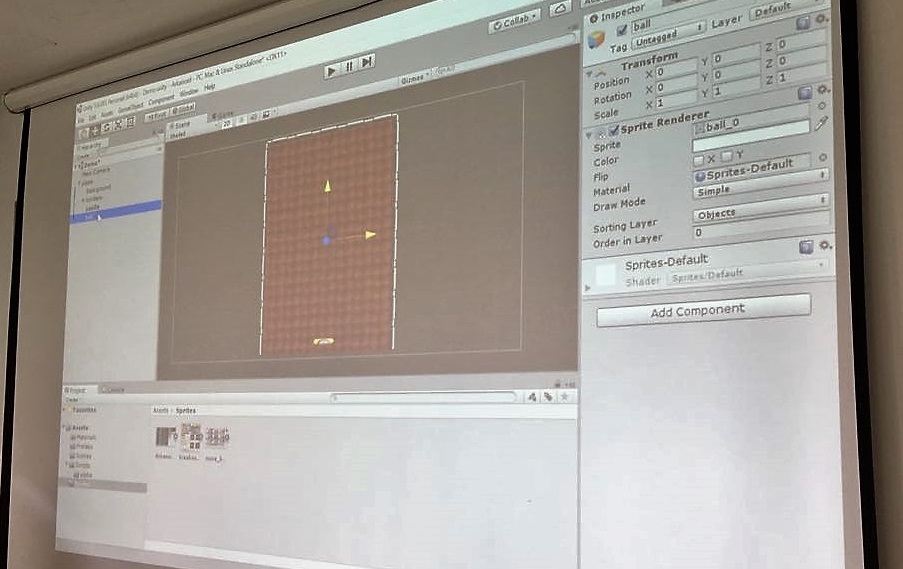 Also, we include some basic information and suggestions, to keep in mind, that Cristiano gave us before we started our work:

That being said, you just have to “pull on your sleeves” and enter in the magical and articulated world of Unity!